Decorative window film allows interior designers to incorporate texture, color and pattern into new or existing buildings without the mess and disruption of remodeling.  VISTA™ window film, offers a complete line of decorative window films in a variety of hues and patterns.  The film is professionally installed with minimal disruption to tenants or contractors.   Decorative film is easily applied and removed, making it ideal for commercial properties and leased spaces where tenant turnover can require frequent updates.  SOLAR/TEK Window Tinting can also help you create custom designs that include your company’s logo.

LLumar anti-graffiti window film, also known as LLumar sacrificial film, is now the front-running solution to cost-effectively mitigating damage. These specially designed films, nearly invisible once installed, provide a removable, sacrificial surface that can reduce or eliminate the need for expensive glass replacement.  A single replacement of just one window can easily exceed ten or twenty times the cost of film installation.

When applied to surfaces that vandals often target, such as interior and exterior windows, mirrors, countertops, stainless steel and other glass, the anti-graffiti film provides protection by taking the brunt of graffiti damage. Paints, permanent markings, scratches, acid-etching and gouges can be easily removed from the protective surface without the use of harsh chemicals. That is because film damaged by etching or scratching can be easily removed and replaced with new film. Using the protective film also eliminates the expense of conventional graffiti cleanup or the even costlier total replacement of graffiti-damaged equipment or property. Anti-graffiti films offer building owners and managers the opportunity to minimize the $12 billion annual cost associated with graffiti abatement in the United States. In addition to resisting damage from glass-etching solutions used by vandals, these films also offer other benefits by blocking heat, glare, and up to 99.9% of damaging UV rays. 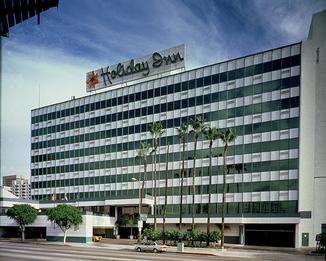 Window film can provide great energy savings benefits to government buildings because of the low capital cost and rapid return. While many governments can’t make long term capital investments in these economically stressful times, window film’s lowering of energy costs can provide a payback in as little as 18 months. This leaves governments with extra money to spend on providing services. Window film can be especially beneficial to older government buildings with single paned windows. ENERLOGIC™ window films have been proven to be as energy efficient as installing a new double paned window at only a small fraction of the cost.

Older government buildings can also benefit from window film through the reduction in fading that results from the 99% of UV rays that are blocked. These UV rays and the fading they cause can damage the floors, furniture, artwork, and other parts of older buildings that governments may want to preserve for posterity.

This block contains code to allow dead links in the navigation to function properly. This block will not be visible on the live site.

HOW WINDOW FILM CAN HELP THE GOVERNMENT

The federal government adopted the ISC Security Standards in final form in October 2005, which applies to all federally owned and leased properties. GSA’s 2005 security standards requires the installation of shatter-resistant security window film by property owners in buildings in which GSA is a tenant and its lease is new or being renewed. 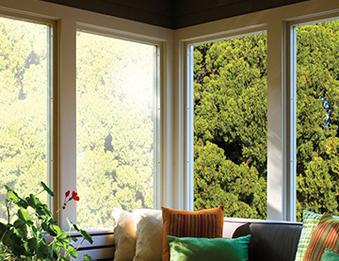 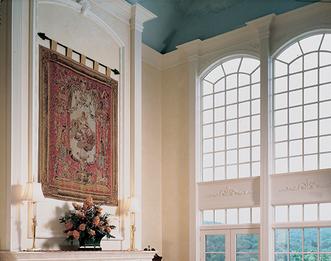